The GIF that keeps on GIFing

As it is said, the ocean is dark, mysterious, and full of wonder. What other way to represent Kraken Rum’s depth of flavor and oceanic lean, than to create a gif that keeps on giving? Fine arts prints and etchings of the past, often used to illustrate scientific oddities and ancient tales, served as inspiration for this creative. Depicted is a familiar yet curious tale, a bottle of rum slipping past the captain’s fingers and into the loving tentacle arms of the Kraken. See the Kraken in his habitat here.

Kraken's Story
A ship carrying spiced rum from the Caribbean was attacked by a monstrous Kraken. The Beast thrust upon the ship its massive limbs, plunging the vessel and the men on board into impenetrable darkness.

All of the barrels of rum were destroyed except one, which was badly stained by the squid’s black ink. It was dubbed “The Kraken Rum.” It is now known as a liquid of unparalleled darkness.
" Honestly I'll probably buy this,
well done."
- logandoerfler, Imgur User & Kraken Ad Viewer

Creative Process
Behind the curtain of Kraken Rum creation. Before the creation of visuals, I worked in with the marketing, sales, and creative strategy team to assess client needs, brand guidelines, and brainstorm on the best creative step forward.

Sketch
After pitching this creative to the client, I began doing sketches for the mock.

Build & Layout
Built assets in Illustrator. The layout mock-up was then run by the client.

Animate
Creative assets are animated in After Effects and client feedback is applied. 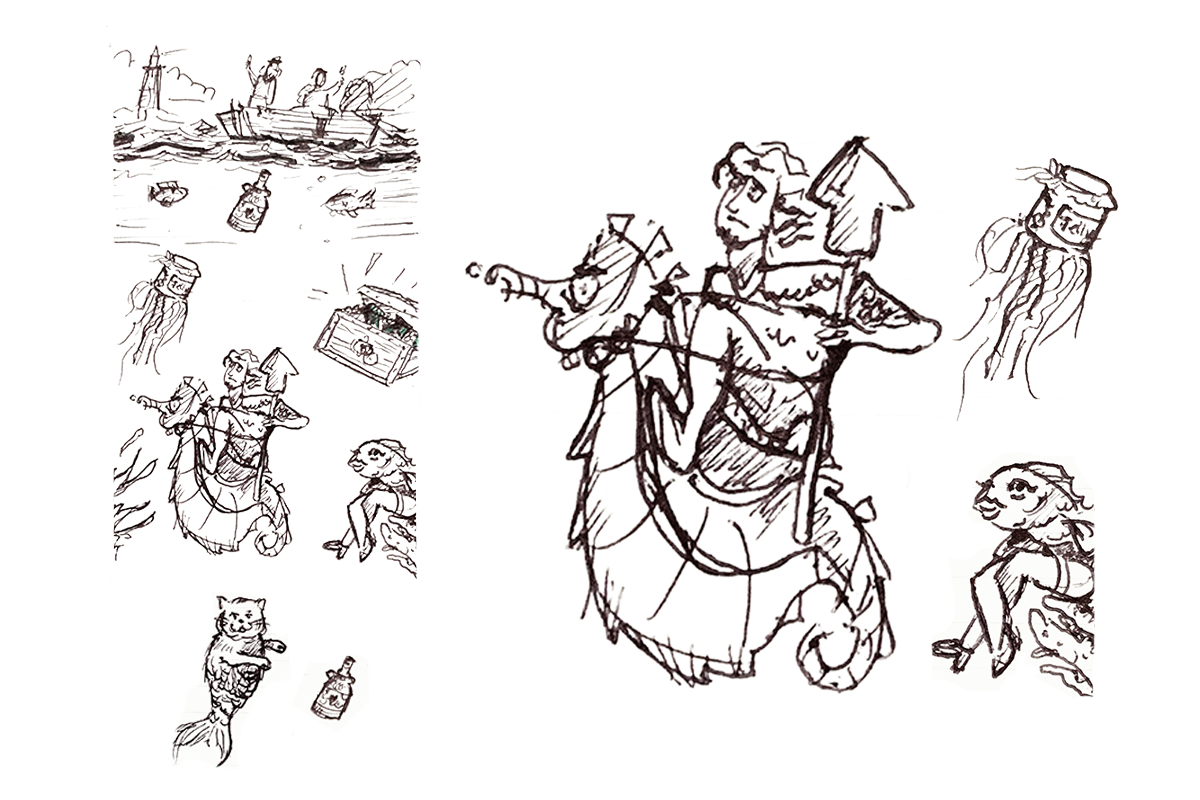